Our third Illustration West 61 interview is with Thomas Blackshear, II, who was also a judge for our ILW 34. Board member Jon Messer, Secretary and Program Chair, conducted the interview with Thomas. 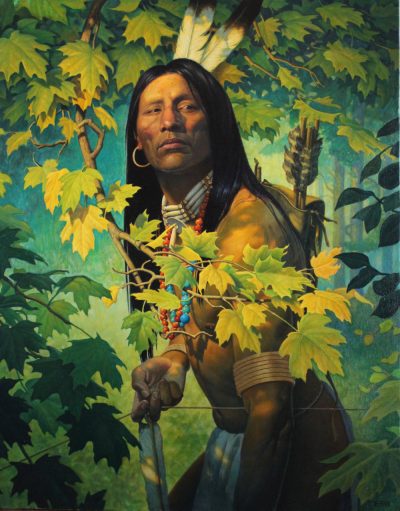 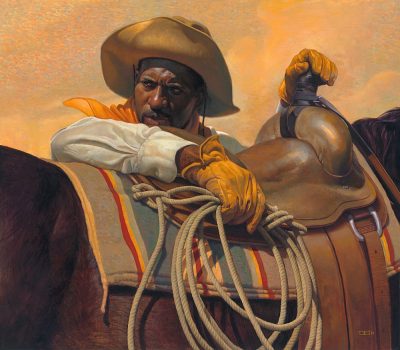 What inspired you to become an illustrator? 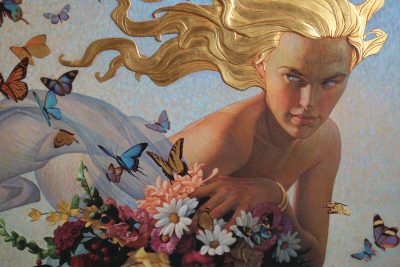 Did you have a high school art teacher that was a big influence on you?

Yes I did, his name was Curtis Patterson, he went on to become a very well known sculptor in Atlanta, Georgia. He’s done quite a few installations in and around the city. He was very encouraging, and allowed me to create figurines, when he would normally have students make pots.

Where did you grow up and did that have an influence on your artwork?

Not really, I grew up in Atlanta, Georgia. My father was in the Air Force, we moved around a bit and we ended up in Atlanta. No one in my family was into art and I was influenced by Walt Disney and Ray Harryhausen. I really wanted to do special effects. One of my only regrets is that when I had the opportunity to go work at ILM I was so booked up doing movie posters I couldn’t do it. 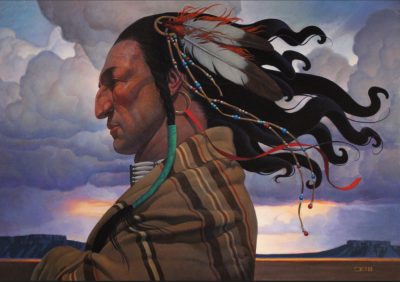 Is there a cultural component to your love of illustration?

Culture isn’t top of mind when I work. I don’t think of myself as a black artist, I’m an artist that happens to be black. I feel it’s important for me to make that statement so that I’m not labelled as someone who could only do certain types of artwork. I always wanted to do whatever type of art I wanted; cowboy art, fantasy art, whatever. I’ve had art directors pigeon hole me into a certain category, but I’ve always promoted myself as able to cover any kind of subject matter.

About seven years ago I started doing western artwork, I made sure I wasn’t going to be thought of in any category. I felt that I could really represent the Native Americans. I’d show a number of those paintings, include one image of a black cowboy, and yet people would always think of me as the black cowboy artist. I understand it, and it’s also because in that genre it’s new to see images of the black cowboys; they’re popular. I strategically made sure to do a wide variety of subjects to make sure I wasn’t thought of as just one kind of artist. I want the quality of my work to be what is recognizable. 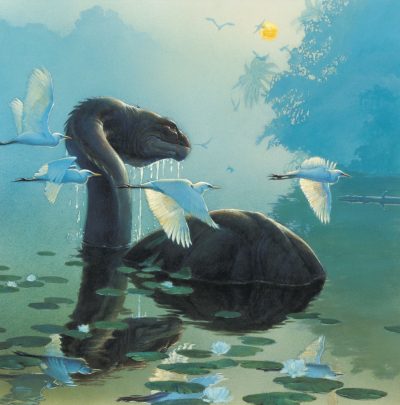 So do you feel it’s important to for young artists to promote themselves with strong sense of branding in their portfolio?

It’s important to the artist to get the work you want to do. But I knew from the beginning, I get bored and jump around and I never felt the need to limit the types of work I do in my portfolio. My Illustration Instructors would say to be sure that you had one look, one style so that you wouldn’t confuse art directors. I never did that, I like a lot of different things. I jumped around a lot but I made sure that whatever style I worked in the results were well done and high quality. And that worked for me.

Where did you get your training?

The American Academy of Art in Chicago.

When did you get your first paying commission?

One of my instructors there was an art director. She liked my range of abilities and hired me to do an illustration for a pharmaceutical ad campaign. Getting paid for a drawing was a real thrill.

Was there a particular assignment that changed your trajectory? If so how?

The real turning point for me was when I became the apprentice for Mark English. He trained me and I learned so many things from him. I look fondly on those days of being his apprentice. He taught me things that I use today, not only about art but the business, and so many things.

Do you have advice for young illustrators?

Don’t be discouraged by things people may say to you. Don’t let anybody tell you who you are or what you can do. The only person who can determine how far you can go as an illustrator is you. It’s going to take a lot of work, preparation and dedication. Don’t let anybody not your parents, friends, relatives, teachers, anybody discourage you and tell you that you can’t. You can if you want it. If you want it bad enough you can get it. It bothers me when I’ve met people who let a discouraging word make them give up. Some people will discourage you because they are threatened by your talent. Don’t let any obstacle get in the way of reaching your dream.

I would say that if you decide you want to become more of a fine artist make sure you find out who you are so that you can learn how to maneuver in this art landscape. You will have a lot of competition and you need to find out what you want to say as an artist and who you are. The way you find that out is to dig deep inside to really know what turns you on. Learn how to dissect a piece of art. Look at the textures, the mood, the brushstrokes, colors, everything that makes something work. What were the possible steps they took to produce that artwork. 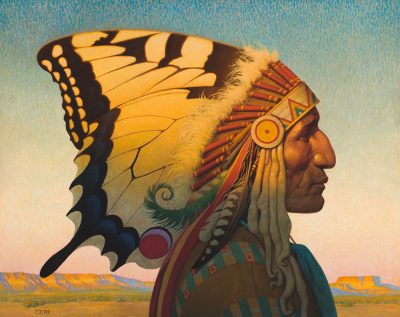 What forms of media do you use and enjoy?

As an Illustrator I was mostly working in gauche and acrylic. But now I’m in galleries and I paint in oil.

Do you create in other forms of art?

What genre of illustration holds your imagination and can you say why?

The Golden Age of Illustration is what I’ve always studied and learned from. Gustave Klimt, Alphonse Mucha, J.C. Leyendecker, Norman Rockwell, Mayfield Parrish, all of it. Also more contemporary people like Mark English. 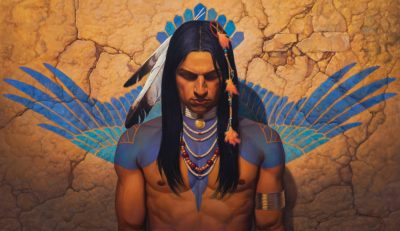 All artwork ©2022 Thomas Blackshear, II, not for re-use without permission of the artist.