Welcome to our second Illustration West 53 Judges Highlight. We’ll be introducing you to each of our judges over the next few weeks. Today we’ll introduce you to Owen Smith,who is also the artist for the Illustration West Call for Entries. The Call for Entries website will be launched soon – if you’re not on our emailing list and want to get updates, just contact Alyce at the office: 800-799-6368 or info@si-la.org. 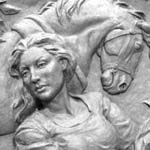 Owen Smith’s illustrations have appeared in numerous magazines and Newspapers including Sports Illustrated, Time, Rolling Stone, New York Times, Los Angeles Times, and The New Yorker (for which he has created eighteen cover illustrations). His clients include The San Francisco Opera and The United Nations. His work helped win a Best Packaging Grammy Award for Aimee Mann’s CD “The Forgotten Arm”. A New Yorker cover he co-created with artist John Mavroudis won the 2007 Cover of the Year from the America Society of Magazine Editors. Smith has received recognition from The Society of Illustrators (New York), Society of Illustrators of Los Angeles’ Illustration West, American Illustration, Communication Arts, Print Magazine, Creative Quarterly, and Lürzer’sArchive.

Owen Smith is featured in various books about Illustration and Fine Art including:

Owen Smith’s painting and sculpture has been exhibited in New York, Milan, San Francisco and Los Angeles. He has participated in group shows at Schwartz Gallery Met at Lincoln Center NYC, and the Moderna e Contemporane Museum Rome. In 2010 a solo exhibit opened at the Richard L. Nelson Gallery at the University of California, Davis. In the Spring of 2012 Owen’s had a solo show in Caffé Museo at the San Francisco Museum of Modern Art.

While living in New York, Owen was commission to design a set of mosaic murals permanently installed in a New York Subway Station at 36th Street Brooklyn. Smith also illustrated posters for the Subway. Smith recently competed lobby murals, mosaics, and relief sculpture for the historic Laguna Hospital through the San Francisco Arts Commission. This art received two awards during the Americans For Arts Annual Convention in 2011. In 2007 he designed six posters for the Commission’s Market Street Poster Program depicting the life and work of mystery writer Dashiell Hammett. In 2012 he designed 3 posters for BART (Bay Area Rapid Transit) that were installed in rains stations throughout the system.

Owen is the Chair of the Illustration Program at California College of the Arts in San Francisco. He lives with his wife and two sons in Alameda California. 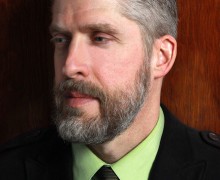 Visual communication begins with a problem to solve and then rendered, to portray the story that best fits the users… Read More »

I’m a writer and I also work as an artist. I mostly do cartoony work for kids’ books, greeting cards,… Read More »