Welcome to our first Illustration West 53 Judges Highlight. We’ll be introducing you to each of our judges over the next few weeks.

Please note the Call for Entries will be launched soon – if you’re not on our emailing list and want to get updates, just contact Alyce at the office: 800-799-6368 or info@si-la.org.

Richard’s art making combines contemporary aesthetics with the rich history of printmaking to create images that feel both current and timeless. He has worked for most United States periodicals and newspapers ranging from Smithsonian Magazine to the New York Times and international organizations such as the International Monetary Fund and the United Nations publication divisions. Richard is currently a lead cover artist for the edu and technology company Lynda.com. Downs is a graduate of Art Center College of Design and was a faculty member for 6 years. Richard has received numerous awards for his work including the Society of Illustrators Museum in New York and American Illustration.

Richard’s personal work has been selected by the Crocker art museum for both the 2012 and 2014 Art Auction exhibitions. His sculpture “Couple #276” was selected for this years Crocker art museum’s 2014 Art Auction. His personal work was profiled in the June 2013 Issue of Sactown Magazine, the Winter 2013 issue of Studio Visit, the January issue of US Airways Magazine and the June 2014 issue of San Francisco Magazine. Richard lives in Nevada City with his wife and artist Gwyn Stramler and their daughter. 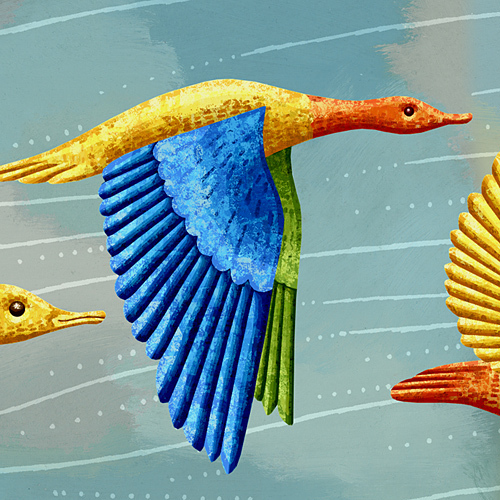 Hunter is both very American and very Chinese. He wishes to show the world both of his Eastern and Western… Read More »

Triumphant and Sensitive. I am inspired by vulnerably, sincerity, and any sort of rising swelling strength. If Peter Paul Reubens,… Read More »

As a child Joanna lived all over the world. She found a love for food, exploring, and storytelling. Now she… Read More »

I am a New Mexican born artist who paints the liminal…those in between spaces…the misty and mystical, wild and free… Read More »