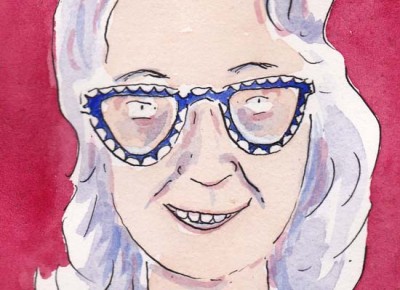 Mimi Pond is a cartoonist, illustrator, and writer. Her long-awaited graphic novel, “Over Easy” will be published by Drawn & Quarterly April 15. She has created comics for the Los Angeles Times, Seventeen Magazine, National Lampoon, and many other publications too numerous to mention, and has written and illustrated five humor books. She has also written for television: her credits include the first full length episode of the Simpsons, “Simpsons Roasting on an Open Fire” in 1989, and episodes for the television shows “Designing Women” and “Pee Wee’s Playhouse”. She lives in Los Angeles with her husband, the painter Wayne White.

I have created illustrations for a wide range of editorial and publishing clients including Variety, Scientific American, VICE, Macmillan, as… Read More »

For over twenty years, I have worked professionally as an illustrator and designer creating work for books, magazines and companies… Read More »

Visual communication begins with a problem to solve and then rendered, to portray the story that best fits the users… Read More »

As a children’s illustrator, my talents are utilized using various medium and softwares. My artwork seeks to express humor and… Read More » 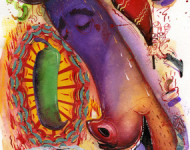 Through my personal work, I seek to create enchanting, curious and captivating art, which stems from a certain emotional, historical… Read More »