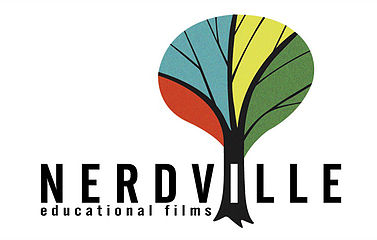 , director and storyboard artist, and Sean Jimenez, Art Director in animation are interviewed by Society of Illustrators Los Angeles  Member Co-Chair, Santosh Oommen. Hear their journey from school to following their passions in a career in animation. John Aoshima is an animation veteran who worked on the Simpsons, American Dad, Gravity Falls and numerous other animation projects as a storyboard artist. He also had a foray into feature animation as head of story on Kubo as well as other unnamed projects. He continues to work on his own personal project Nerdsville with Sean Jimenez. He’s currently directing on unnamed projects for a large streaming network.

Sean Jimenez started his career early right out of high school as a cleanup assistant artist on a Disney Feature animated film Hunchback of Notre Dame, Hercules, Mulan and Warner Bros. Iron Giant! And after doing freelance animation for a while, Sean went back to school (Cal Arts), and then back into animation as a storyboard artist, location designer, and background artist in animation on several shows including Adventure Time, Gravity Falls, Fish Hooks and more. He’s now an art director on the new Ducktales!

Make sure to check out their amazing educational shorts they’ve put together at https://www.nerdville.com/.

Visual development artist and illustrator based in LA, currently she is a Background Designer at Hasbro.

Usually can be spotted in a big sweater. Loves to cook, sew, hike, and draw!

For business inquires, resume, and questions, please email me at ngoanchi.art@gmail.com

Vector and Raster based artwork for everything from storyboards and logos to comic books and book illustrations.

My primary choice of medium is pen and ink with digital color. I also work with oils, but mostly for personal work. I try to evoke an emotional response with each piece I produce and to breath life into my characters.